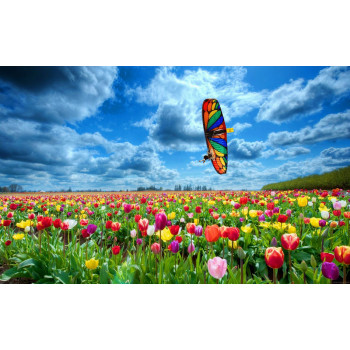 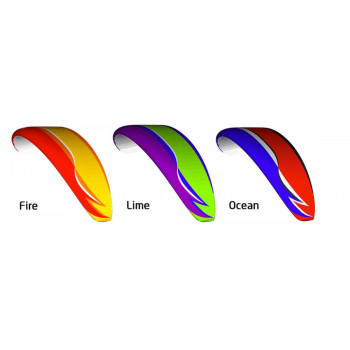 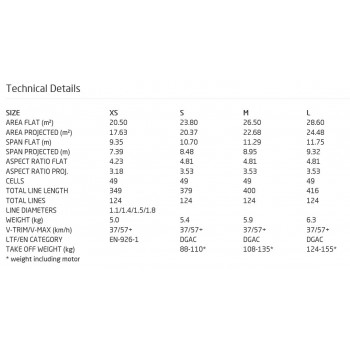 We wanted first to design a glider that would be remarkably easy to forward and reverse launch in nil wind conditions, perform in flight with exceptionally responsive toggle and wing tip steering, and land with the buoyancy and smoothness that you would expect from a paraglider wing.

The RAMA Flex is designed with characteristic AirDesign attention to detail:

Set up for a forward and the RAMA Flex came right over head and was really stable with little to no roll effect in mild bumps. I flew the RamaFlex this morning. What a great wing! You've got a winner here!

Even before hooking up to the trike, I could tell it was light and well built. Quick and easy inflation and the wing tip steering is very maneuverable! Love it!

I am VERY impressed! I have not been able to do no wind forwards for several years. These 76.5 year old legs just couldn't hack it anymore. The vendor hype says "remarkably easy to forward and reverse launch in nil wind conditions". OK, let's see about that. On 1st & 2nd launches wind was about 2 mph. I did successful reverses! Flew in both reflex & normal, steering with wing tip & then brake toggles. In reflex it steers much better with wing tip steering.Brake toggles very effective in normal trim.

The landing was equally amazing! I thought "there's no way I can run that fast on landing" I came in “hot" hands up, and was really moving. I pulled down on the brakes about 10cm. The wing leveled off, slowed down & when I buried them I touched down in a medium speed run out. I couldn't believe it so I did it again with the same results.

Man, what a wing! I never thought I would ever want to own a full reflex wing.